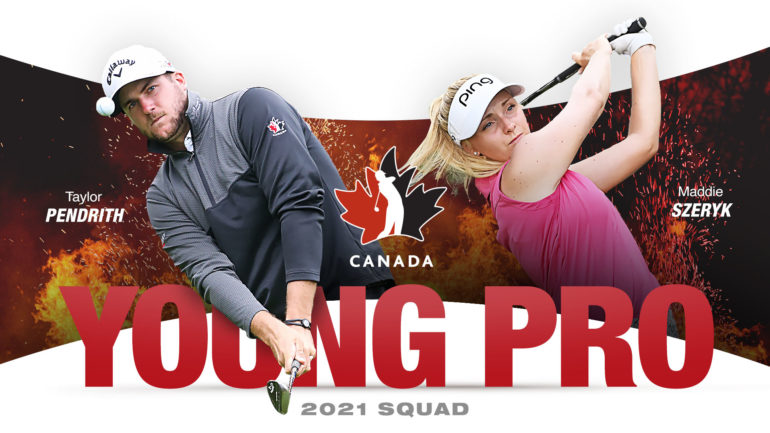 OAKVILLE, Ont. (Golf Canada) – Golf Canada is pleased to announce the 10 athletes who have been selected to represent the 2021 Team Canada Young Pro Squad.

Comprising the 2021 Women’s Young Pro Squad will be returnees Brittany Marchand (Orangeville, Ont.), Jaclyn Lee (Calgary, Alta.), and Maddie Szeryk (London, Ont.). After becoming a first-time mom in July, Golf Canada is also pleased to welcome back Anne-Catherine Tanguay (Quebec City, Que.) to the Young Pro Squad as she makes her return to the LPGA Tour.

For the bulk of the athletes returning to the Young Pro Squad, 2021 is an opportunity to build of off the adversity of 2020 and take a next step in their developing careers.

“This is a very exciting time for young professional golfers in Canada, and we are really looking forward to seeing their continued success in 2021,” said Golf Canada Chief Sport Officer Kevin Blue. “For most of the athletes returning to the Squad, the COVID-19 pandemic had a significant impact on scheduling, training, and competition in 2020. With the support of our key partners and the drive these athletes have to overcome adversity and succeed, I’m positive we’ll see even more great results from this talented group of athletes.”

Now in its eighth year, the Team Canada Young Pro Squad helps to bridge the gap for top-performing amateurs transitioning into professional golf.

Emerging Player of the Year Award

The Golf Canada Foundation has also announced the creation of a new award – the Emerging Professional Player of the Year Award, presented by Andrew Cook. The inaugural recipients of the award are Young Pro athletes Taylor Pendrith and Maddie Szeryk who will each receive $10,000 towards their continued development in professional golf.

Andrew Cook, a proud Trustee of the Golf Canada Foundation and past President with Golf Canada, established a $20,000 fund to annually recognize a top male and female emerging Canadian professional golfer from the Young Pro Squad having success on golf’s developmental.

“I am very pleased to partner with Golf Canada and Golf Canada Foundation to launch the Emerging Pro Player of the Year Award, as an additional incentive to Canadian professionals around the globe,” said Cook. “As a long-time volunteer of the game, I appreciate the power our heroes have in inspiring the next generation of young players, and my wife (Anne) and I are excited to help continue the tremendous success of the Young Pro Program.”

“We are so excited to announce Taylor and Maddie as our first Emerging Professional Players of the Year,” said Martin Barnard, CEO of the Canada Foundation. “Thanks to the continued generosity of Andrew Cook, we are able to reward these two deserving young professionals with additional financial support that will have an important impact as they chase their dreams.”

Pendrith, a long-time part of Golf Canada’s National Team as an amateur and now a professional, had a breakout year on the Korn Ferry Tour. He currently sits second on the Korn Ferry Tour’s Season Long Points List thanks to five top-3 finishes in 2020. Pendrith also finished T23 at the U.S. Open (finishing as Low Canadian) and jumped from 399th to 128th in the Official World Golf Ranking – all of this just one year after he played on the Mackenzie Tour-PGA Tour Canada.

Current and former team members of the Young Pro Squad, which was established in 2014, have accounted for 43 wins across various professional golf tours including a record nine LPGA Tour wins by Brooke Henderson along with PGA TOUR wins from Mackenzie Hughes and Corey Conners.

“RBC is proud to support the next generation of Canadian golfers through the Young Pro program” said David Agnew, CEO, RBC Wealth Management Canada, “It’s exciting for us to watch golfers we supported as amateurs, like Corey Conners, Brooke Henderson and Mackenzie Hughes, succeed as professionals.”

“From the CP Women’s Open and our deep involvement with Team Canada to ambassador partnerships with Brooke Henderson and Lorie Kane, CP is proud to support these talented athletes representing Canada on the world stage,” added James Clements, Canadian Pacific. “As the best team in the railroading business knows, precision and excellence require a strong team. We are extremely proud to be part of the great team supporting these young professionals in their golf journey.” 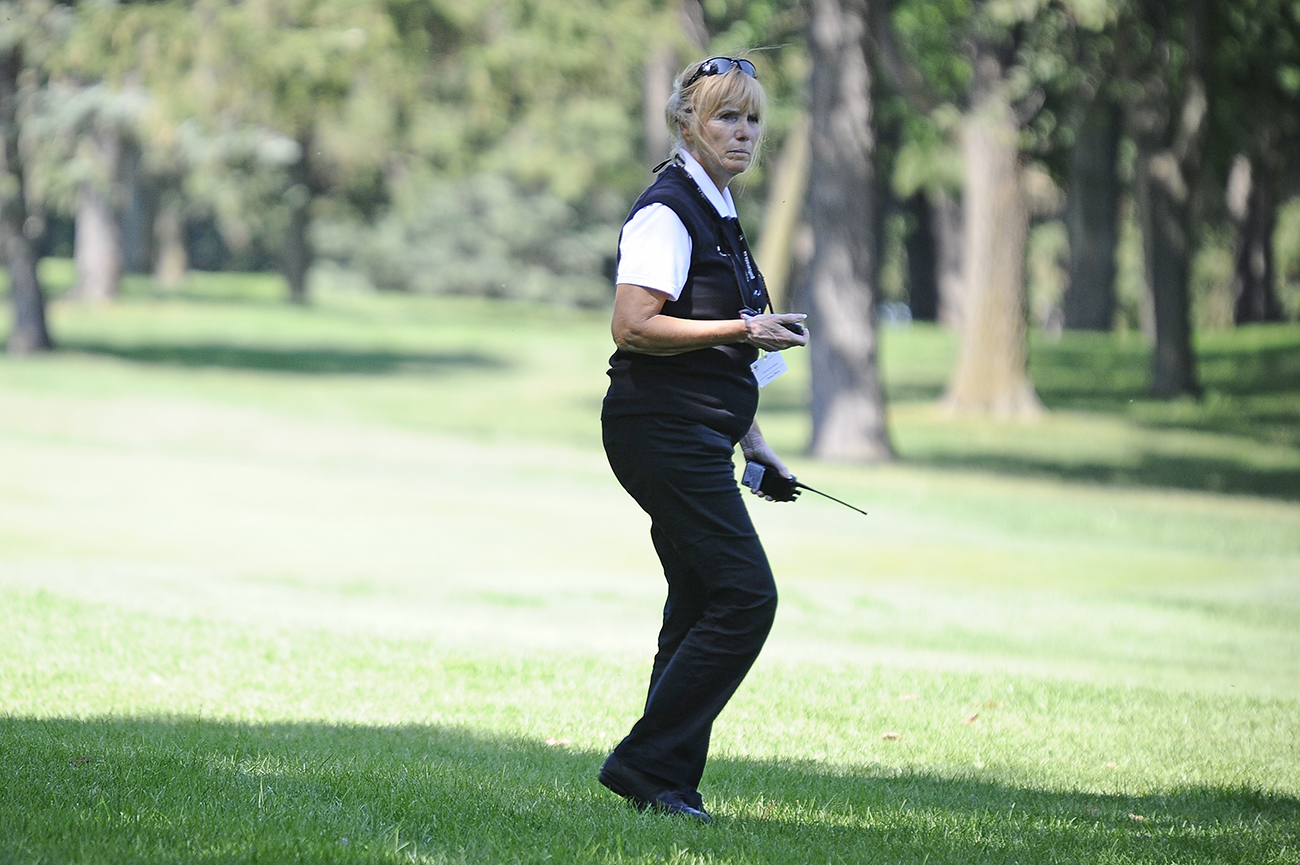