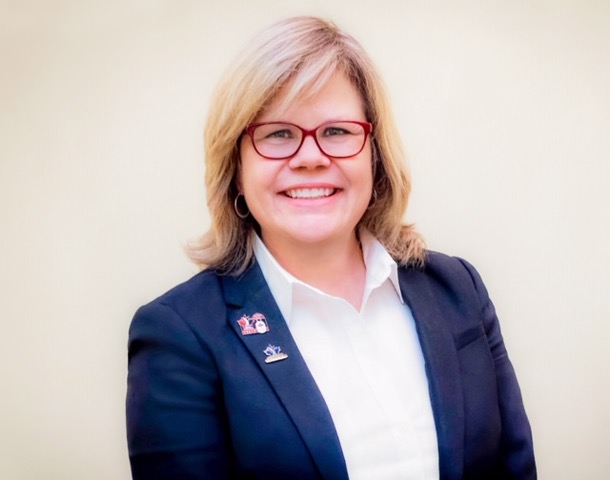 Ms. Sentner is the first Public Player to serve as President of the NSGA.

Wendy joined the NSGA Board in 2018 and has served as 2nd Vice President and 1st Vice President, as well as Chair of the Strategic Planning Committee. Wendy championed the initiative to bring the inaugural NSGA Atlantic University/College Championship to fruition in September of 2019.

Ms. Sentner has also served on the Golf Canada Provincial Council and presently sits on the Golf Canada Governor’s Council, Amateur Competitions Committee and Investment Committee.
Born in Halifax, Wendy is passionate about giving back to the community she lives in and has also served on the past Boards of Soccer Nova Scotia, YMCA, United Way and Chair of “The Relay for Life”.
Wendy graduated from Saint Mary’s University (SMU) with a Bachelor of Commerce degree and is an active Alumnae, having served on the SMU Alumni Council and Chair of the SMU Alumni Golf tournament. Wendy is a Financial Planner with TD Wealth Financial Planning and enjoys traveling, volunteering, golfing, and various other sports.

Karla is a member of River Hills Golf and Country Club in Clyde River, NS, and is an active both as a volunteer and a competitor. She has served on numerous volunteer committees from Ladies Division President to Tournament Director.

Over the past 25 years, she has worked for the Nova Scotia Community College, and is currently the Academic Chair and Site Manager for the Shelburne Campus. She has served on numerous community boards including the Community Business Development Corporation, Barrington and Shelburne Chamber of Commerce and the Nova Scotia Stick Curling Association. Karla has a Bachelor of Arts from Acadia and Bachelor of Education from Dalhousie.

Karla has won the River Hills Club Championship a record 32 times and has represented Nova Scotia three times as a member of the Women’s Amateur Team.

Born and raised in Halifax, Alix is an Associate Lawyer within MDW Law’s personal injury law practice; A ten-lawyer firm run by an all-female partnership in Halifax, Nova Scotia.

After graduating from Saint Mary’s in 2010 with a B.A, Alix moved to London, England to complete her Law Degree. Where she used her time abroad to gain a global perspective and to interact with individuals from all walks of life.

Outside of the office Alix is a massive sports fan, and grew up playing competitive soccer and curling. She has now turned her sights on “perfecting” her golf game. Despite being a lifelong golf fan and avid viewer, Alix only began her golfing journey within the last five years (still humbly learning the game, but with enthusiasm).

Stuart graduated from STFX with a major in Accounting, and a minor in Psychology, and has been working at WBLI/MNP since his graduation in 2012. During his university career he volunteered with Big Brother & Big Sisters, and form 2015 to 2018 he volunteered with the Halifax Boys & Girls Club as a member of their finance committee.

Sean is a member of Ashburn Golf Club in Halifax N.S, and is an active competitor during the summer months, and is no stranger to the NSGA. In 2019 Sean won the NSGA Men’s 4-Ball, and the MCT Men’s MID-Amateur in 2016 and 2019. Over the years, he has represented Nova Scotia at numerous National Championships, including the 2019 Canadian Men’s Amateur at Glen Arbour, N.S.

Sean lives in Halifax with his wife and 9 month old son.

Kent is an active member at the Brightwood Golf & Country Club in Dartmouth, N.S. where he was director of many portfolios, and also served as Club President from 2005 to 2007. Over the years, Kent also volunteered with various local Volleyball, Hockey, and Curling clubs in the Dartmouth area.
Kent is a graduate of Dalhousie University, where he was awarded a Bachelor of Law and a Bachelor of Commerce. Rodgers is a managing partner at Casey Rodgers Chisholm Penny Duggan LLP practising in the area of Real Estate, Corporate/Commercial Law, Probate & Estates.
Currently, Kent serves on the Golf Canada Audit and Risk Committee, and is a Nationally Certified Golf Referee. During the summer months he volunteers his time officiating both Provincial and National competitions.
The 2020-2021 NSGA Board of Directors: