Your golf handicap is changing – find out why it matters 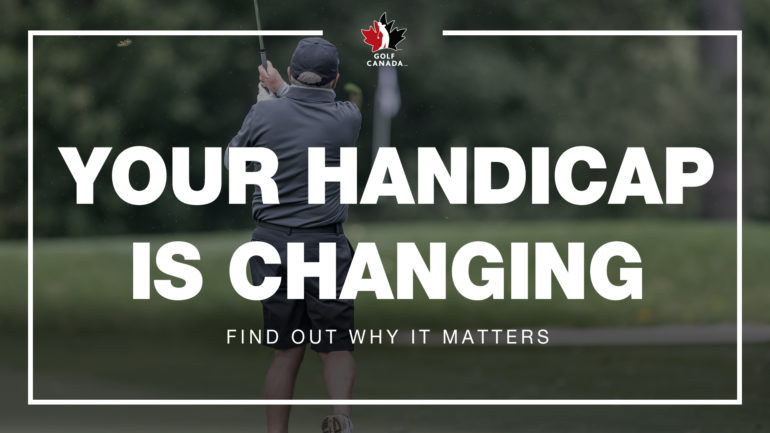 Welcome to Golf Handicaps for Dummies: Why having a handicap is not a handicap.

No, I’m not calling you a dummy, but if you’re a golfer of any ability who doesn’t maintain an accurate and consistent handicap, you’re not taking advantage of one of the fundamentals that makes golf the most democratic of sports. And that’s just dumb.

With all due respect, you can’t go one-on-one with a pro basketball player or hope to score on an NHL goalie. They’re not going to let you shoot at a basket that’s lower than regulation or a net that’s 10 feet wide and six feet high.

But golf’s handicap system allows you to compete on an equitable basis with players who are more or less accomplished than you are. Maintaining a handicap also allows you to monitor your progress every time you play. It’s an integral part of your golf experience.

And, starting Jan. 8, the new World Handicap System makes that scenario even more attractive. More user-friendly, in other words.

“You don’t have to be a competitive golfer. If you simply enjoy playing, having a handicap makes the game more enjoyable and allows you to track whether you’re improving.”

I reached out on Twitter with the question, “Do you maintain a handicap and why?”  and received some testimonials.

Ontario golfer Donal Byrne says, “I’m a huge fan of keeping a handicap. I was thrilled to have closed the season inside of 20 [Handicap Index] for the first time. We should celebrate everyone who plays, no matter how they play. I just won’t play anyone who doesn’t have a handicap for money!”

And from Charlottetown, Jeff Craig, whose Twitter profile says he’s “dedicated in my quest to break par,” says, “It bugs the Hell out of me when someone [without a handicap] says, ‘Well, I usually shoot in the mid-80s and wants to play for something.’” 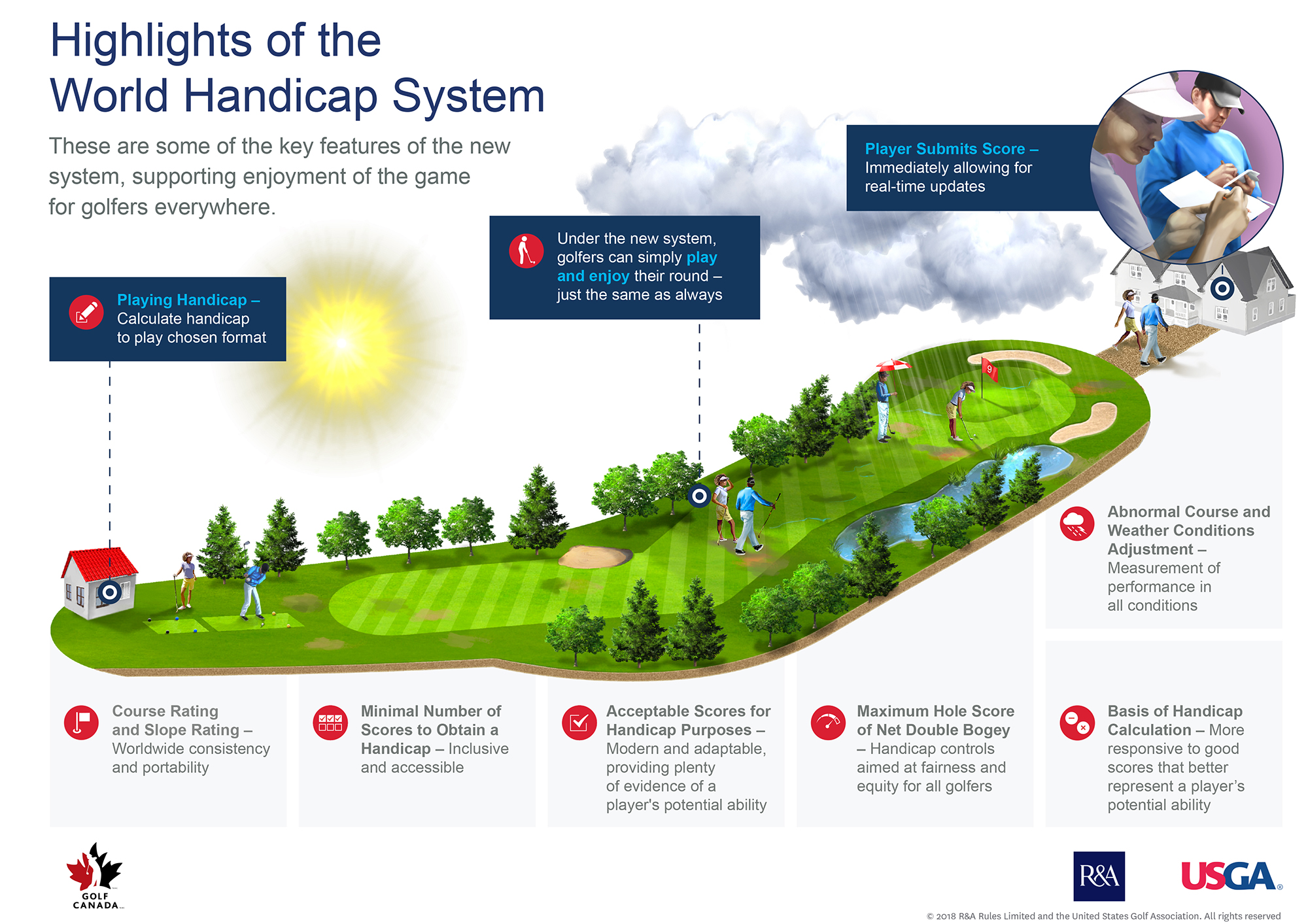 On a personal note, my wife loves the game and posts every score. Her pride in seeing her handicap decrease is evident. Because she is diligent about maintaining her handicap and improving her skills, she was able to win the ladies’ net championship at her club. As a side note, she plays annually in a member-guest at another club where you must have an official Golf Canada Handicap Index to participate.

When she first took up golf, she had waffled about establishing a handicap because, in her words, “I don’t think I’m good enough to have a handicap.”

And that’s the most common excuse recreational golfers give for not caring about a handicap. “I’m not good enough.” Hall disputes that, especially given the fact that under the new system the maximum Handicap Index (which replaces the previous “Handicap Factor” in Canada) has been raised to 54.0 for both men and women. Previously, it was 36.4 for men and 40.4 for women.

Another significant change is to Equitable Stroke Control (ESC). Starting in 2020, net double bogey on any hole is the maximum allowed, whether it’s a par 3, par 4 or par 5. So, for handicap purposes, you can count a maximum of two strokes over par plus any strokes you are entitled to, based on the stroke allowance for that hole.

Obviously, from its name, the World Handicap System is now accepted globally, meaning the same parameters are in place no matter where you play, a boon for Canadians who travel and golf outside the country. As before, all scores can be conveniently posted on the Golf Canada Score Centre, club kiosk or Golf Canada app from your phone or tablet.

Don’t ask me how that last one works, because I’m a tech dummy.

If you want to delve deeper into the mechanics and details of the new World Handicap System, click here.

But even if you don’t, don’t be a dummy. Take advantage of the new World Handicap System in 2020. 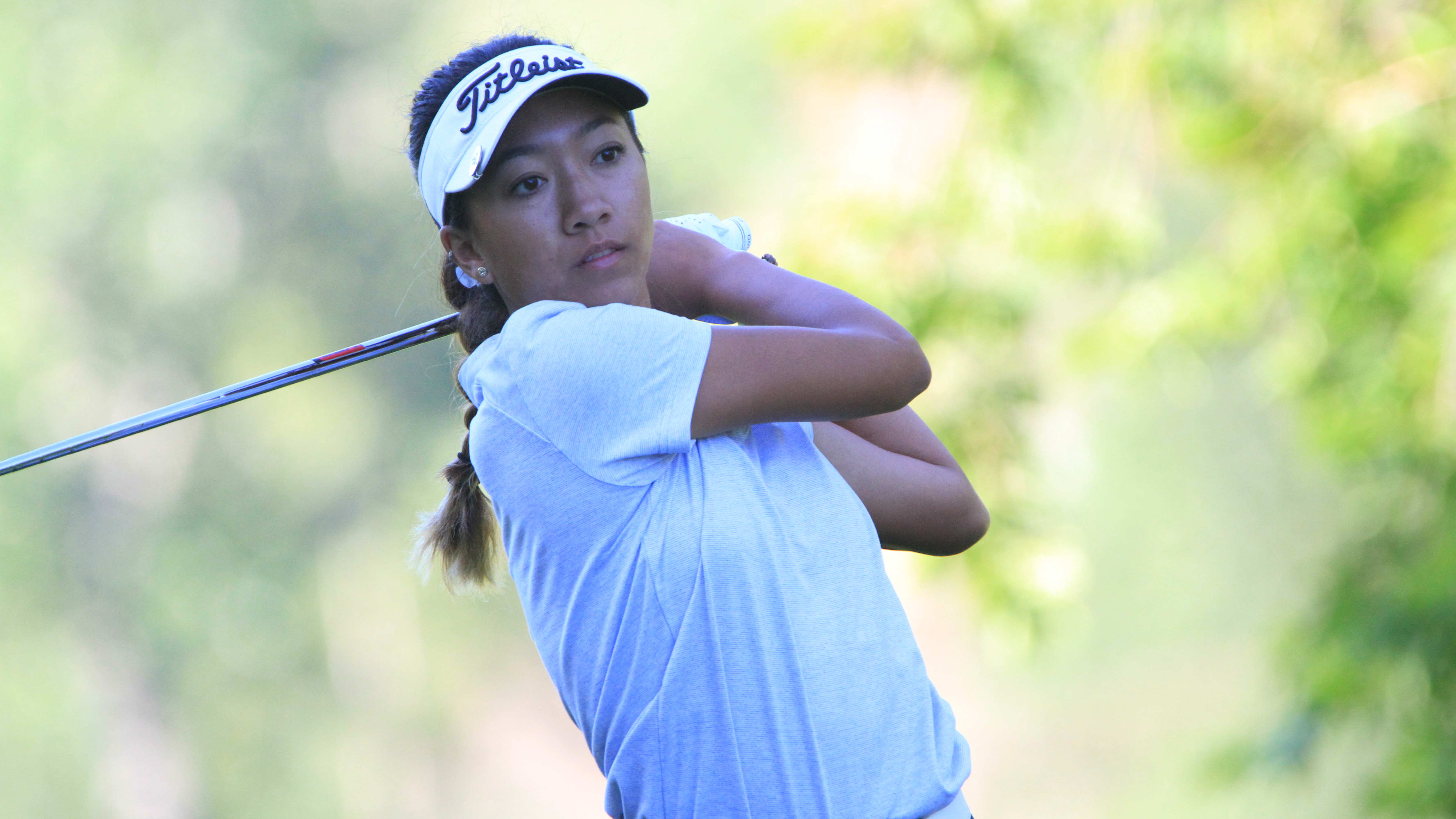