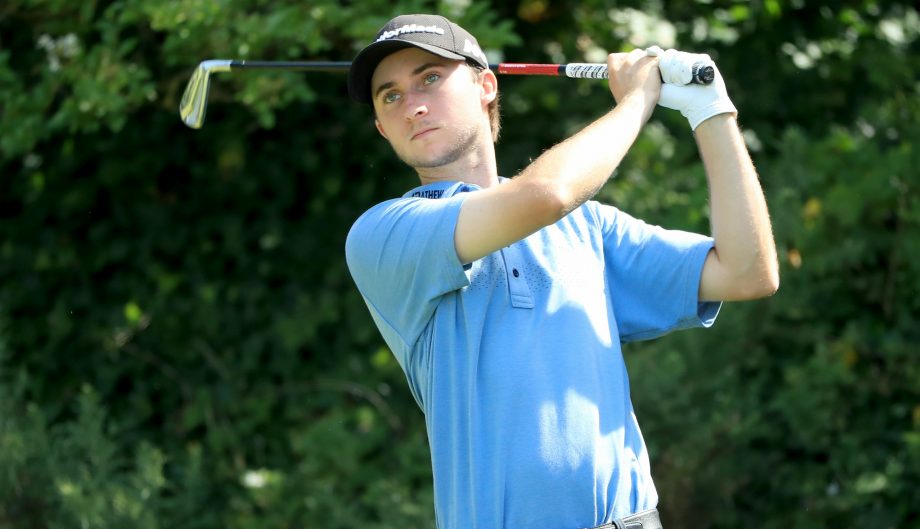 Jordan Spieth might be the most famous golfer from Texas right now, and a favourite to win the British Open, but he thinks another Texan has a chance at surprising some people at Royal Birkdale this week.

Austin Connelly, who is a dual Canadian-American citizen, has known Spieth for several years through swing Coach Cameron McCormick. Connelly, 20, will be making his major debut at the British Open this week. He and Spieth played a practice round on Monday.

“This is the type of golf where he (Austin) can really, really make a move and prevail. He really works the ball extremely well. He hits his long clubs dead straight,” Spieth told TSN’s Bob Weekes. “And he’s got a killer instinct on the greens.”

Nice practice round at The Open for Canadian Austin Connelly yesterday, who pegged it with good friend Jordan Spieth

Connelly, a graduate of the Team Canada Amateur Squad, is playing on the European Tour this year and has already notched two top-10s in his rookie season on the circuit.

He qualified for the British Open by winning a four-man playoff at the Royal Cinque Ports Qualifier – demonstrating the killer instinct Spieth spoke about by sinking a 15-foot birdie putt on the first playoff hole.

Adam Hadwin – the other Canadian in the field this week – is also making his British Open debut. Hadwin, 29, comes to Royal Birkdale ranked No. 54 in the world.

A little bump and run practice for @ahadwingolf ahead of @TheOpen at Birkdale. pic.twitter.com/5k4X9l1RoD

The Abbotsford, B.C., native notched his first career PGA TOUR win earlier this year at the Valspar Championship in March and shot a 59 at the CareerBuilder Challenge in January.

Hadwin will tee off Thursday with Andrew “Beef” Johnston and Todd Hamilton at 11:36 a.m. local time. Connelly will go at 12:09 p.m. with Matthew Griffin and Matthew Southgate.

Click here for the full Thursday tee times at the British Open.