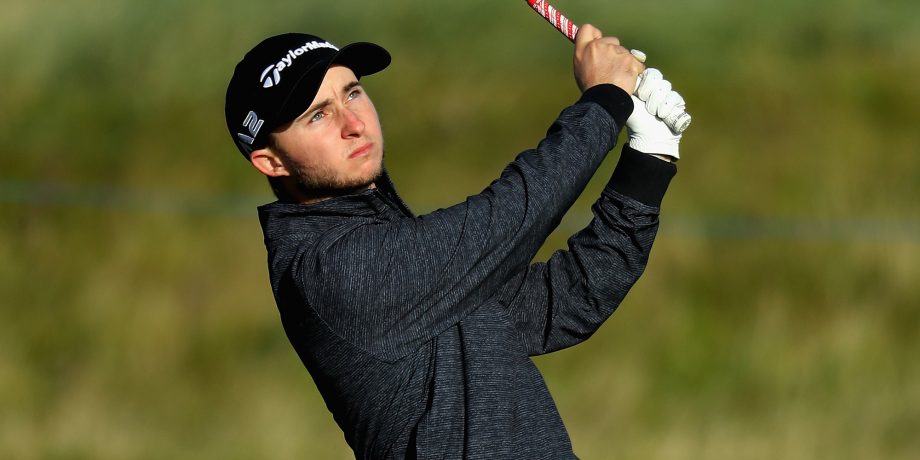 ST ANDREWS, SCOTLAND - OCTOBER 06: Austin Connelly of The United States, plays his second shot on the 5th during day two of the 2017 Alfred Dunhill Championship at Carnoustie on October 6, 2017 in St Andrews, Scotland. (Photo by Warren Little/Getty Images)

GAUTENG, South Africa – Branden Grace and Chase Koepka shot 7-under 65s to share the first-round lead at the SA Open on Thursday.

Koepka, the younger brother of U.S. Open champion Brooks Koepka, was among the morning starters and set the clubhouse target by hitting an eagle and seven birdies in his third tournament of his debut season on the European Tour.

Grace had three eagles – at Nos. 2, 8 and 15 – as he bids for a ninth European Tour title and to complete the set of wins at his native South Africa’s three most prestigious events. He has already won the Alfred Dunhill Championship in 2014 and the Nedbank Golf Challenge last year, as well as the Joburg Open in 2012.

England’s Chris Paisley was alone in third place after shooting 66.

Canada’s Austin Connelly recorded a 2-under 70 to sit inside the projected cutline in a tie for 31st. Canadian Golf Hall of Fame member Mike Weir notched five birdies against four bogeys and one double-bogey en route to posting a 1-over 73.