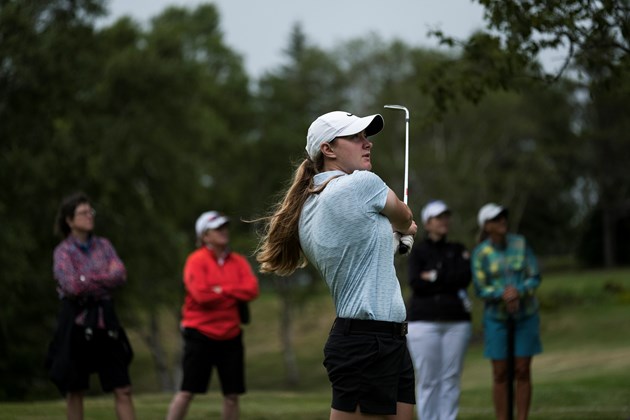 The heat did not back down as competitors battled through the second round of the NSGA Women’s Amateur and Senior Championships. The 14 Wing Greenwood, nicknamed ‘The Challenge’, held its title as players fought to defeat the conditions and the course.

The NSGA and competitors of the Women’s Amateur & Senior Championships would like to thank Wendy Sentner and TD Wealth in Halifax for their generous donation of water to help beat the heat.

Moving day at the Women’s Amateur Championship was an exciting one, with competitors shuffling around the leaderboard. Chester’s Allison Chandler took the lead with a +6, 79. This brought her two-day total to 162 (+16). The 2017 champion and is looking to capture her second NSGA Amateur title.

Meghan McLean of Ken-Wo and Julia Henderson of Abercrombie both sit at 165 (+19) and tied for second place heading into tomorrows final round. Sitting in 4th place is the younger McLean sister, Heather, who is looking to defend her 2018 title. 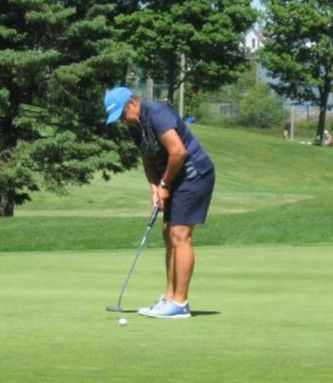 Round 1 & 2 leader Women’s SR – Debbie Arsenault
Debbie Arsenault of Grandview increased her lead after round two of the NSGA Women’s Senior Championship. After firing a steady round of +8, 80, for a two-day total of 162. Arsenault now has a 9-stroke cushion heading into tomorrows final round.
Karla Wilms of River Hills and Joanie McCarville of Ashburn currently sit tied for second at 171.

Margaret McLean of Ken-Wo and Paragon’s Debbie Walker are tied for lead in the second division, with a two-day total of 183. Greenwood’s Barbara Comeau sits 6 shots back in third.