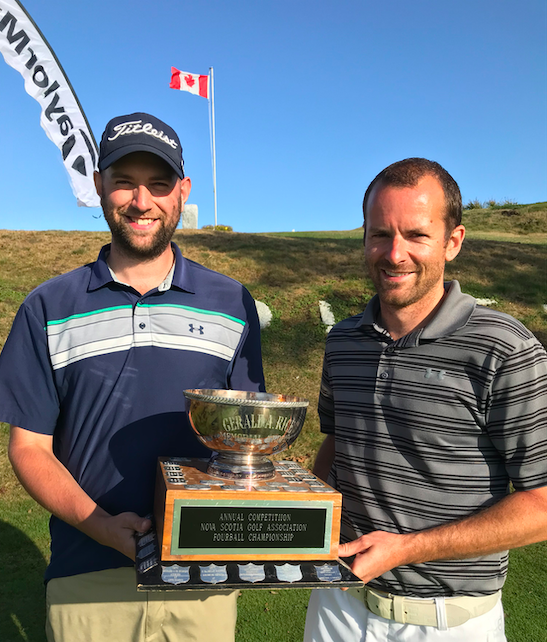 The typical Yarmouth wind picked up for round two of the NSGA Men’s Four-Ball Championship. The Yarmouth Links truly tested the skills of some of the top competitors in the province.

Yarmouth Links’ members took advantage of their home course knowledge and cleaned up the prizes for division two. The team of Garth Nickerson and Faren Surette claimed top spot (by retrogressions) after carding a 2-under-par (70), for a two day total of 2-under-par (142). While Jamie Comeau and Josh Berry finished in second place.

NSPPC players Matt Wood and Shayne Pottie came in third place, only three shots back, with a two-day total of one-over-par (145).

For the complete results of the 2020 Men’s Four-Ball Championship, please CLICK HERE.