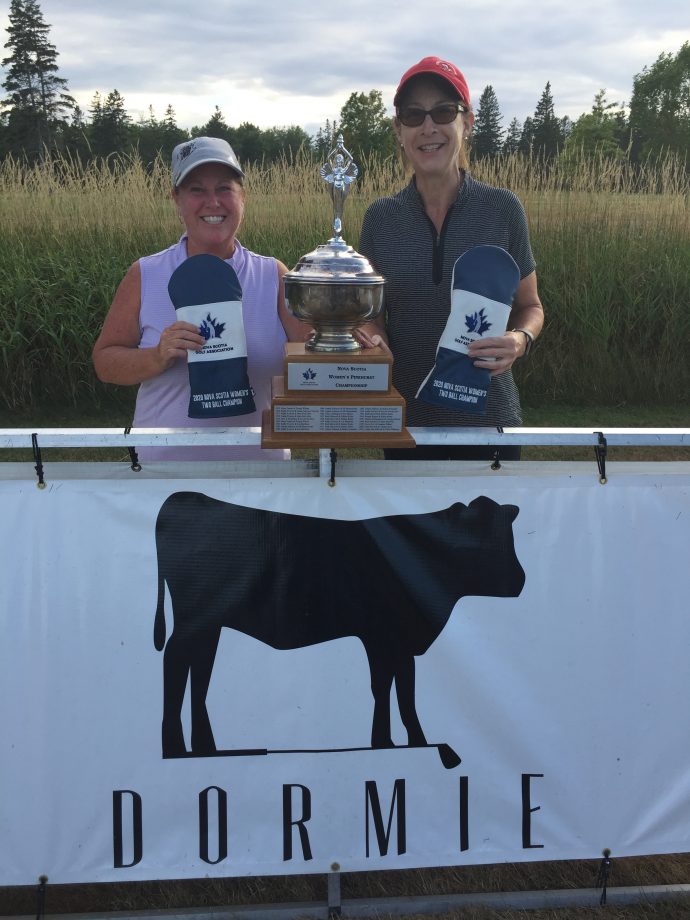 Pugwash, N.S. – Today marked the end to yet another NSGA provincial championship for 2020. A field of 120 competitors competed in the Women’s Pinehurst (Two Ball) Championship, at the scenic Northumberland Links in Pugwash, Nova Scotia.

When the wind settled, the team of Sandy Comeau and Leannne Richardson, from the Country Meadows Golf Club in Moncton, N.B. claimed top spot. The pair fired an impressive score of even-par 72 for the championship.

Winning the third division was the team of Joyce Creighton and Sandy Huntley from the Amherst Golf Club, after firing a team score of 90. In second place, by retrogression, was Kim Garby and Bekki McGillivary from Eagle Crest Golf Club who fired a 94.

Special thank you to the staff and volunteers hosting a wonderful tournament. Special thank to Donna Pitts and Barb Oake for coordinating all the volunteers.