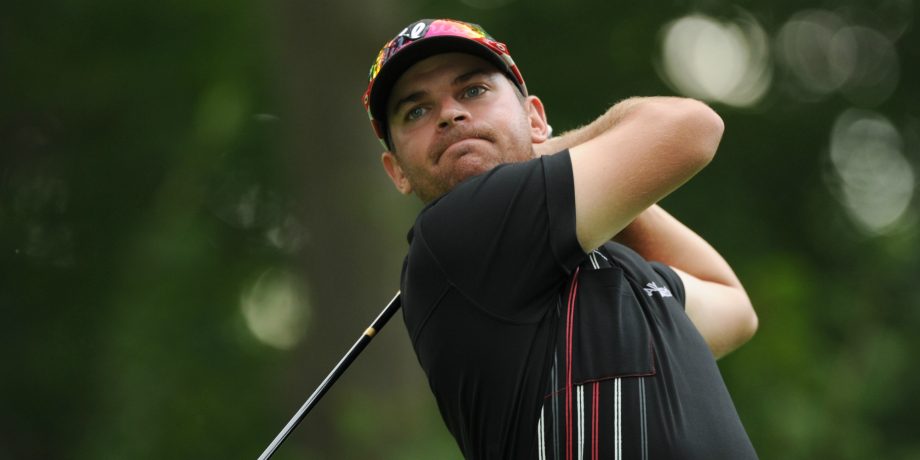 Shuman was under-par in each of his four rounds, playing the par-5s in 13-under, birdieing all eight in the final two rounds.

The Duke senior birdied his first hole of the final round before giving one back on the third. The product of Needham, Massachusetts, quickly bounced back, making birdie at the fifth and sixth before making his final bogey of the tournament, on the seventh.

From there on in, Shuman played marvelous golf, sandwiching a birdie on 13 between circles on his scorecard at Nos. 10 and 15, closing the day with three pars for the victory.

“If that’s not the best tournament I’ve ever played, it’s one of the best,” said Shuman, following his round.

Putting heat on Shuman down the stretch was Paolini, another Duke alum. After making nine pars on the front nine, Paolini birdied 10 and then made three in a row from the 15th to the 17th to get within one shot of Shuman.

Paolini had a 20-foot look for birdie on the 18th that narrowly slid by the hole as he settled for the runner-up position.

Griffin pieced together three of the best rounds of the tournament, highlighted by his second-round 65, including an ace that gave him the lead going into the third round.

Griffin battled back Friday from his third-round 73, capping a bogey-free 66 with a 15-foot birdie putt on 18.

Canadian Riley Wheeldon paced the Canadian contingent in the field, closing at 11 under par to finish with a share of seventh place. Growing up in Comox, B.C., Wheeldon has played a number of rounds at Crown Isle, with Friday’s round one of his more important ones. A winner on the Mackenzie Tour in 2013, Wheeldon shot his second 67 of the week to jump 13 spots. Wheeldon will be exempt for the first eight events, subject to the second reshuffle.

Four other Canadians finished between 17th and 40th to earn conditional status for the 2018 campaign: