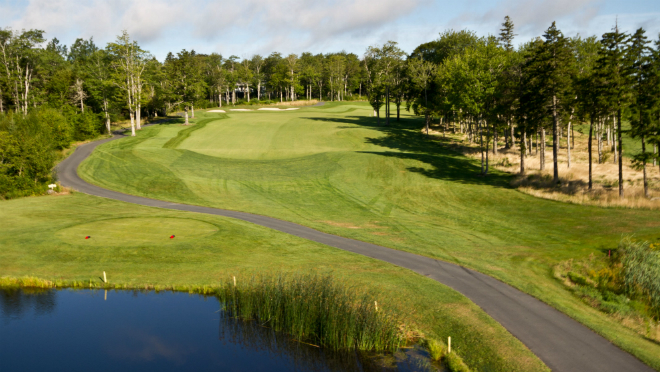 HAMMONDS PLAINS, N.S. – The world’s best amateur golfers are set to compete in the 115th Canadian Men’s Amateur Championship in Nova Scotia at both Glen Arbour Golf Course and The Links at Brunello from August 5-8.

The championship was first held in 1895, making it one of the most storied sporting events in Canada and the third oldest amateur golf championship in the world. Glen Arbour will play host to 264 players from 12 countries over four stroke play rounds, while The Links at Brunello will co-host for the first two rounds prior to the 36-hole cut.

“Golf Canada is delighted to be back in Nova Scotia to conduct the 2019 Canadian Men’s Amateur Championship at two terrific venues,” said Adam Helmer, the Tournament Director. “We are confident both Glen Arbour Golf Course and The Links at Brunello will challenge some of the top amateur golfers in the world as they vie for exemptions into two prestigious national championships.”

In 2018, Zach Bauchou of Forest, Va. defended his championship by winning at Duncan Meadows Golf Course in Duncan, B.C., by a three-stroke margin. Bauchou is the 22nd American to capture the Canadian Men’s Amateur crown and made his pro debut at this year’s RBC Canadian Open.

Current PGA TOUR players Mackenzie Hughes (Dundas, Ont.) and Nick Taylor (Abbotsford, B.C.) are both winners of the event. Taylor won it in 2007, while Hughes won back-to-back titles in 2011 and 2012.

“We are thrilled to be hosting this strong field at Glen Arbour Golf Club and welcoming this prestigious championship to our course,” said Mike DeYoung, General Manager of Glen Arbour Golf Club. “The golf course is in tremendous shape and we look forward to seeing some of the world’s top amateur competitors take to the fairways.”

“The Links at Brunello and our members are excited to be the co-host for the Canadian Men’s Amateur Championship,” added Miles Mortensen, General Manager of The Links at Brunello. “Our staff has been working tirelessly to prepare for the competition and we are proud to showcase our course and our community.”

A full field of competitors will compete for the Earl Grey Trophy and the title of Canadian Men’s Amateur champion, including Team Canada’s Josh Whalen of Napanee, Ont., who was the low Canadian in 2017, Brendan MacDougall of Calgary, who finished in a tie for 16th in 2018 and Chris Crisologo of Richmond, B.C., who is the reigning South American Amateur champion.

An inter-provincial team championship will be played in conjunction with the first 36 holes of the competition, with three-member teams vying for the Willingdon Cup. Team Québec, consisting of Hugo Bernard (Mont-Saint-Hilaire, Que.), Joey Savoie (La Prairie, Que.) and Julien Sale (Gatineau, Que.) shot a combined 10 under par to capture Québec’s second straight team championship in 2018.

The field will be reduced to the low 70 and ties for the final two rounds contested at Glen Arbour.

The Canadian Men’s Amateur Qualifier will be played at Glen Arbour Golf Course on Aug. 2 – a minimum of five spots into the tournament will be awarded. Additional information can be found here.

Co-host The Links at Brunello, located in Timberlea, N.S., was voted as one of Canada’s top 25 golf courses by Golf Digest in 2018. Designed by Thomas McBroom, the course was opened in 2015 and is regarded as one of the region’s finest.

In addition to claiming the title of 2019 Canadian Men’s Amateur champion, the winner will earn exemptions into the 2019 U.S. Amateur at Pinehurst Resort & Country Club in Pinehurst, N.C. and the 2020 RBC Canadian Open at St. George’s Golf and Country Club in Toronto from June 8-14.

The champion will also be eligible to receive an exemption into the U.S. Junior Amateur, the U.S. Mid-Amateur or the U.S. Senior Amateur, if applicable.

Josh Whalen, Napanee, Ont.
Whalen returns to the Canadian Men’s Amateur with unfinished business. The Kent State alumnus finished third with four under-par rounds in 2017, but missed the cut last year. He enjoyed a strong 2018 season that saw him earn top-5 finishes at the Flagstick Open and the Argentinian Men’s Amateur Championship. He enters the tournament ranked No. 623 on the World Amateur Golf Ranking.

Canon Claycomb, Bowling Green, Ky.
Claycomb has represented the United States on the international stage on numerous occasions, including most recently as a member of the 2019 Wyndham Cup team. He was the youngest member of the 2017 Junior President’s Cup team. The 17-year-old was the winner of the 2017 PING Invitational, and is the 61st-ranked player on the World Amateur Golf Ranking.

Chris Crisologo, Richmond, B.C.
Crisologo made a name for himself at the 2018 RBC Canadian Open, winning the Gary Cowan Award as the low amateur at the event. Currently studying at Simon Fraser University, he won three tournaments in 2018 – the Concordia Invitational (NCAA), the South American Amateur and the British Columbia Amateur. This season, Crisologo won the South American Amateur in February.

Noah Goodwin, Corinth, Tex.
Ranked No. 67 on the World Amateur Golf Ranking, Goodwin is entering his junior year at Southern Methodist University. The highlight of his junior career was winning the 2017 U.S. Junior Amateur Championship. Goodwin won the Rolex Junior Player of the Year in 2016 and 2017, becoming only the fifth player ever to do so, joining an exclusive club that includes Tiger Woods and Phil Mickelson.

Brendan MacDougall, Calgary
As a sophomore, Calgary’s MacDougall captured the Big South Conference Championship as a member of High Point University by a convincing six strokes and added four top-20 results for the Panthers. He followed his collegiate season with a T16 result at the 2018 Canadian Men’s Amateur and a victory at the Alberta Match Play Championship. In 2016, MacDougall lost in a playoff at the Future Links, driven by Acura Western Championship.

Christopher Vandette, Beaconsfield, Que.
One of the brightest prospects in Canadian golf, Vandette recently placed third at the 2019 Toyota Junior Golf World Cup. As a 16-year-old, he made the cut of the 2018 Canadian Men’s Amateur Championship and was in a tie for 7th following the opening round after posting a 68.

More information on the 2019 Canadian Men’s Amateur Championship can be found here.