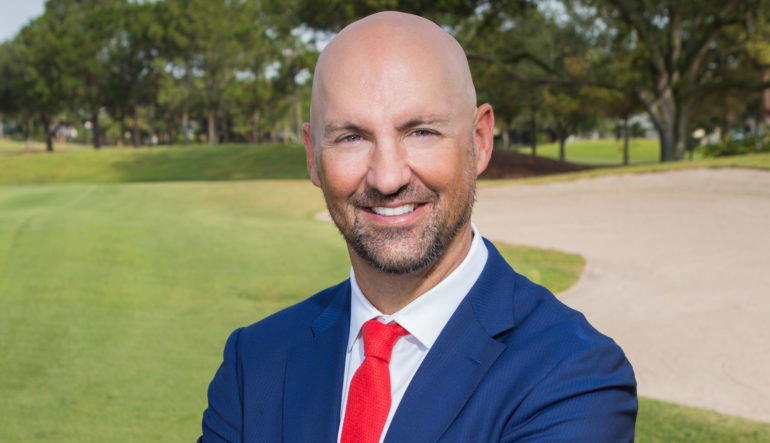 Following a comprehensive search, Golf Canada has announced the appointment of Laurence Applebaum as the organization’s next Chief Executive Officer (CEO).

Applebaum, most recently the Executive Vice President of the Florida-based Women’s Tennis Association (WTA), will assume his new role as of July 10, 2017.

“Laurence Applebaum’s hiring marks the beginning of a new era for Golf Canada,” said Roland Deveau, President of the Golf Canada Board of Directors. “After an extensive search, Laurence stood out because of his previous leadership in sports organizations, proven senior management skills and visionary thinking. His drive and energy are infectious. We are so pleased to repatriate this outstanding Canadian leader to take Golf Canada forward.”

With a career in sports spanning more than 20 years in Canada, Europe and the United States, the senior executive and Toronto native is proud to return home to lead the national sport federation and governing body for golf in Canada.

“I am both honoured and humbled to be given the chance to lead Golf Canada at a crucial and exciting juncture in the organization’s history,” Applebaum said. “Throughout my career, I have had the chance to work with teams made up of great athletes, passionate partners and engaged stakeholders. I am eager to apply the lessons and experiences from past roles to this new challenge. Golf is such a passion for so many Canadians including myself, and I know the sport in this country is well positioned for growth and success going forward. As much as anything, I am also elated to be returning home with my family.”

Applebaum joins Golf Canada after serving in an extensive array of sports management roles around the globe.

For the past five years, he has been Executive Vice President of the WTA in St. Petersburg, Florida, where he oversaw a variety of strategic and operational initiatives.  During his tenure, Applebaum was responsible for the day-to-day operations of the women’s global professional tennis circuit, including tournament operations, on-site competition, player relations and development, sports science and medicine, broadcast operations and new business development.

Prior to joining the WTA, Applebaum served as the Toronto-based Vice President of Salomon Canada from 2006-2011. Previously, Applebaum served in a variety of progressively senior roles at Wilson Sports and the brands of its parent company, Amer Sports, including Atomic, Suunto and Precor, based in Europe. After starting his career at Wilson Sports Equipment Canada, Applebaum was the Sales & Marketing Manager at Nike Golf Canada from 1997-1999.

Married with two children, Applebaum is a 1994 graduate of the Richard Ivey School of Business at Western University where he received an Honors Business Administration (HBA) degree.

“I would like to thank Jeff for his steady hand during this transition. We look forward to Jeff’s continued contributions as our Chief Sport Officer,” said Deveau.

Deveau added: “I would like to acknowledge all of the dedicated volunteers, staff and partners who work diligently every day to deliver programs and services across Canada to help grow the game of golf.  Golfers from novices to elite athletes benefit from the efforts of, and collaboration between, many stakeholders and I know that Laurence is looking forward to meeting them.”

Reporting to Golf Canada’s Board of Directors, Applebaum will lead the organization in the ongoing development and execution of its strategic plan.