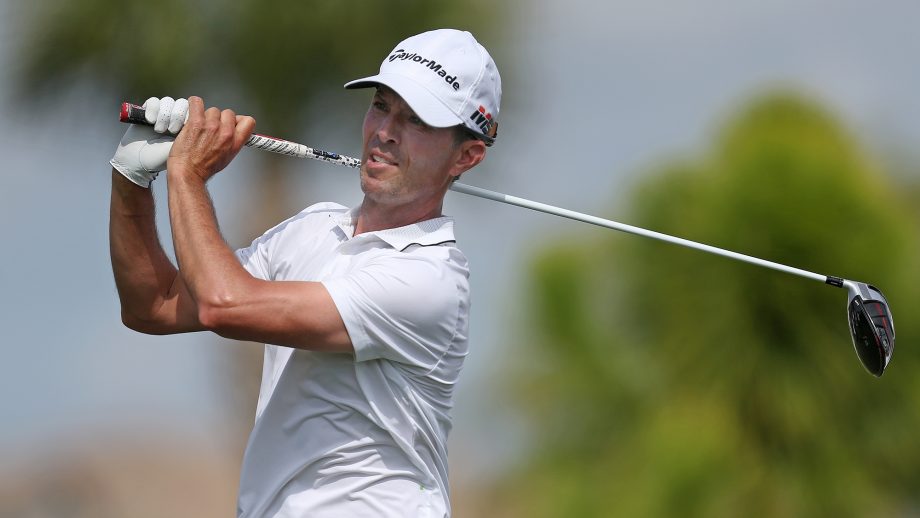 LAKEWOOD RANCH, FLORIDA - FEBRUARY 17: Mike Weir of Canada watches his tee shot on the first hole during the final round of the LECOM Suncoast Classic at Lakewood National Golf Club on February 17, 2019 in Lakewood Ranch, Florida. (Photo by Matt Sullivan/Getty Images)

Most golfers on the Web.com Tour don’t get to play Augusta National on their weeks off.

Mike Weir is the exception, however.

The 2003 Masters champion is planning on playing a full schedule on the PGA Tour’s feeder circuit thanks to a special exemption category for golfers aged 48-49 – which should mark the first time he’s played more than 20 events since 2014.

The 48-year-old native of Brights Grove, Ont. played three weeks in a row on the Web.com Tour in February – with his best result a tie for 35th at the LECOM Suncoast Classic, after being tied for the lead early in the week in Lakewood Ranch, Fla.

Before returning home to Utah for a rest, though, Weir took a trip to Augusta to check out the new par-4 fifth hole (it has been lengthened for 2019) and enjoy two days of golf with friends. He’ll tee it up again at the Masters in April.

“It’s always great to get back there,” said Weir, the lone Canadian to win a green jacket.

The last five years have seen Weir fall from being a PGA Tour regular to cobbling together an inconsistent schedule.

He’s battled a myriad of injuries but told The Canadian Press he feels “great” for the first time in recent memory. He says he’s more motivated than ever to get back to the top tour.

Weir said it was hard to get into a rhythm the last few years not knowing where he was going to play next, but now that he’s got a confirmed schedule, he’s eager to keep the competitive juice flowing.

“That’s the benefit of playing week to week. You get to figure things out on the golf course, not the driving range at home,” he said. “You figure those things out when you’re playing, so that’s been nice.”

Weir said he’s focused on trying to finish inside the top 25 in the Web.com Tour standings to earn a PGA Tour card for next year.

“I want to get back out there,” said Weir, who is two years away from playing PGA Tour Champions (for golfers aged 50-plus).

Weir said he’d play the whole season on the Web.com Tour while leaving for the Masters – he has a lifetime exemption thanks to his 2003 triumph – and the RBC Canadian Open. He said he might play a few more PGA Tour events if possible.

He was exempt into last week’s Puerto Rico Open on the PGA Tour, but decided to head home after playing three weeks in a row.

Weir has got a good look at the future of Canadian golf on the Web.com Tour. He played a practice round with Michael Gligic the week before the fellow Canadian won the Panama Championship.

“There are lots of guys playing well and hopefully there will be more and more,” said Weir.

Mike Weir of Canada hits his third shot on the 18th hole during the second round of the LECOM Suncoast Classic at Lakewood National Golf Club on February 15, 2019 in Lakewood Ranch, Florida

One of the golfers Weir mentioned is David Hearn, who tied for 25th at the Puerto Rico Open. Hearn was paired with Weir at the Desert Classic earlier this year on the PGA Tour and said he was impressed at how much better Weir was playing.

Returning to play a full schedule on the Web.com Tour, Hearn said, really characterizes who Weir is.

“For some people it might be a surprising but if you know Mike and you know how committed and how hard he’s worked at the game in his lifetime, it’s no surprise to a lot of guys out here,” Hearn said.

Off the course, Weir was recently involved with a legal matter with the owner of his former winery. The Canadian Press reported the corporation Mike Weir Wine Inc. owes the golfer about $2.2 million.

Weir believes all will be resolved soon.

“It’ll be behind me, which is all I have to say about that,” said Weir.

As for golf, Weir said it’s been “refreshing” playing on the Web.com Tour, despite the small crowds and trips to places like Panama and Colombia.

He said he’s felt inspired playing with and competing against the next generation of PGA Tour stars.

“I’m competing and wanting to win and wanting to beat them, but I want them to play well and do well on the tour and get out there on the PGA Tour, because that’s their dream,” he said. “I was there a long time ago and it’s really been fun for me to be back out there.”