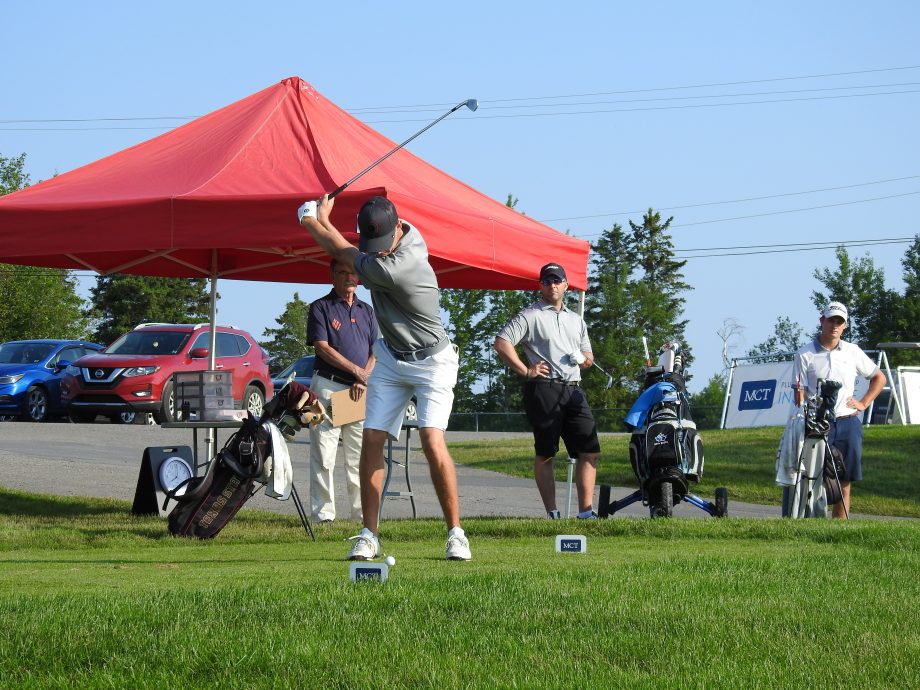 Summer has arrived with vengeance and so have the tourists. Calvin Ross from Fredericton, NB and Joe Irvin from Mississippi Mills, ON are tied for the lead after the first round of the 2019 MCT Men’s Amateur Championship. As temperatures soared above 30 degrees with humidity nearing 40, competitors battled the heat and exhaustion during todays first round.

Ross, who is a member of the Kingswood Golf Club and winner of the 2017 Canadian Junior Boys Championship, fired 5 birdies and 3 bogies to finish with a two under par 69. Ontario native, Joe Irwin is a caddy at Cabot and carded 6 birdies, two bogeys and one double to finish the round at two under.

Kevin George from the Lingan Golf Club is currently in second place after firing an even par 71.

There is a four-way tie for fourth place with Matt Cormier (Amherst), Owen Mullen (Truro), Craig Hollett (Dartmouth) and Teran Newell (Shelburne) all finished with a two over par (73).

The 2019 MCT Men’s Amateur Champion will receive an exemption into the HFX Pro-Am at the Oakfield Golf Club on July 18-19. Amateur’s will compete in a two round best ball competition during the first and second round. Competitors will be paired with a different pro each day. HFX Pro-Am is a stop on the MacKenzie Tour which is part of the PGA Tour Canada.
This competition will determine the provincial champion and select the team that will represent Nova Scotia at the 2019 Canadian Men’s Amateur Championships. The Canadian Men’s Amateur will be held at the Glen Arbour Golf Club and Links of Brunello in Halifax on August 5-8. The top three golfers will be selected to represent Nova Scotia at this prestigious event. In addition there will also be 7 quota spots up for grabs to compete at the National Championship. These quota spots will be awarded based on results from the 2019 MCT Men’s Amateur.