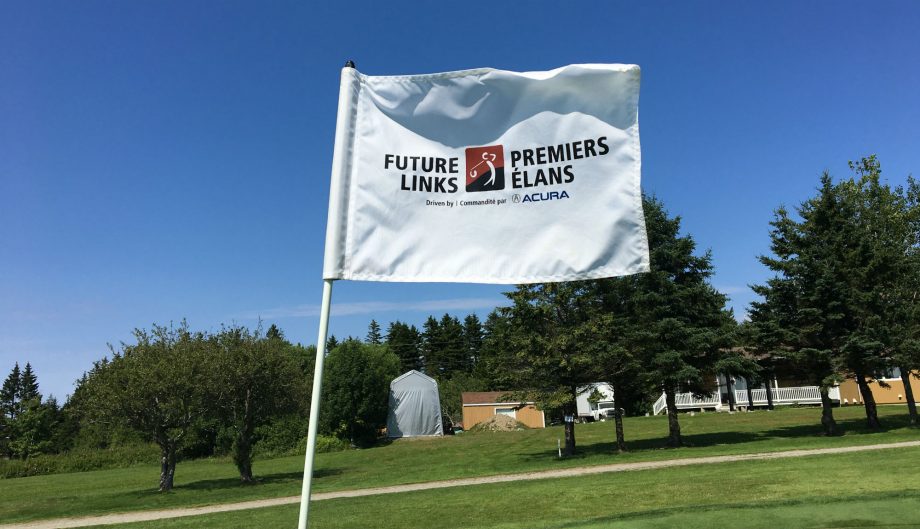 Ross registered four birdies and a single bogey during his opening round. The 18-year-old from Fredericton, N.B., made his first birdie just before he made the turn and started to find his game down the stretch.

“I started getting it going on number nine,” he said, after his opening round. “I took a bogey on 12 but after that my putter was red hot and rolled in a few good putts. It saved me more than a few times and really helped me out near the end.”

Sitting one stroke behind Ross is Sydney Forks, Nova Scotia’s Aubrey Farrell who registered the only other round under par. The 18-year-old attacked the course right off the bat with back-to-back birdies to start the tournament. After a pair of bogeys left him at even par before heading to the back nine, he tightened up his game and made birdies on holes 14 and 16 to hold his spot in second.

Back in third place locked up in a three-way tie are: Jordan Guenette (Minesing, Ont.), Andrew Bruce (Corner Brooke, N.L.) and Jack Anderson (Hallifax, N.S.) who all shot even-par 71’s.

“The course was in really good shape so it definitely made it a lot of fun to play,” she said. “When you were on the fairway you knew you were going to have a good lie, but when you were in the rough anything could have happened. I was having trouble putting at first, it took my awhile to get used to the greens, but I settled down on the back nine and was happy with all the birdie putts I made.”

In second place, two strokes behind McLean, is Kiley Rodrigues from Kingston, Ont.. The 17-year-old got off to a solid start with six straight pars, but stumbled with three consecutive bogeys after that. She later added two more bogeys on the back nine and sits at 5 over for the tournament.

Raesa Sheikh, from Port Williams, N.S., and Laura Jones from Moncton, N.B., are both tied in third at 6 over par after they each shot a 77 for their opening round.

Full results can be found here.