The NSGA Junior Development Team is ready for the 2019 Season 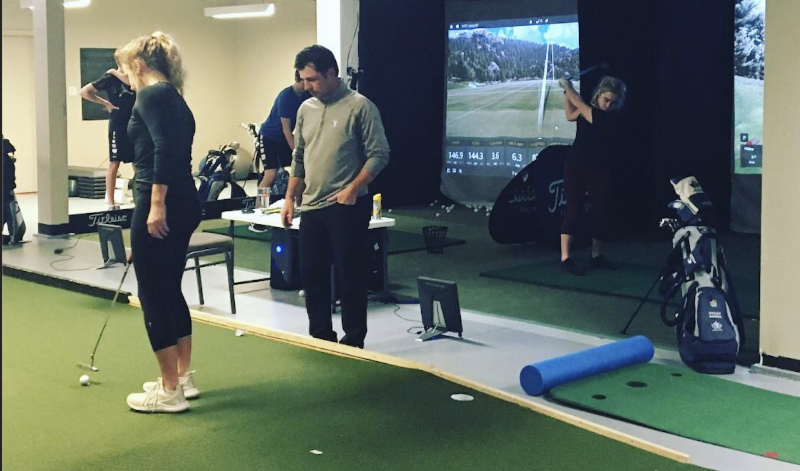 On Saturday afternoons this past winter, while many Nova Scotians were just dreaming of golf, a group of dedicated young players were hard at work on their games.

There was stretching, weight work and, of course, hitting lots and lots of balls.

Such was the so-called “off-season” for the Nova Scotia Golf Association’s provincial junior team.

“The players put in a lot of effort during the off-season to prepare for the upcoming season,” says Jeff MacDonald, the NSGA’s head provincial coach.

“They work hard with the TPI (Titleist Performance Institute) exercises, the mental skills and the technical aspects of their game. Their competitive season begins in May and is over by mid-August so we do everything possible to have them game ready for the start of the tournament season.”

MacDonald, who also serves as head teaching professional at Ashburn Golf Club, was named head provincial coach in 2013. The team targets the top junior players in the province for specialized training and instruction throughout the year.

The team is selected each fall for the next year’s season based on the previous year’s play. MacDonald uses Golf Canada’s order of merit, as well as scoring average and head-to-head results to select the top eight to 12 young players.

“I try to look at each year and figure out the number based on an elite group – how many are going to fit into that elite group,” MacDonald says.

That means the size of the team could change each year. This year there are three girls on the team while in 2018 there were five. “It’s not an exact science.” 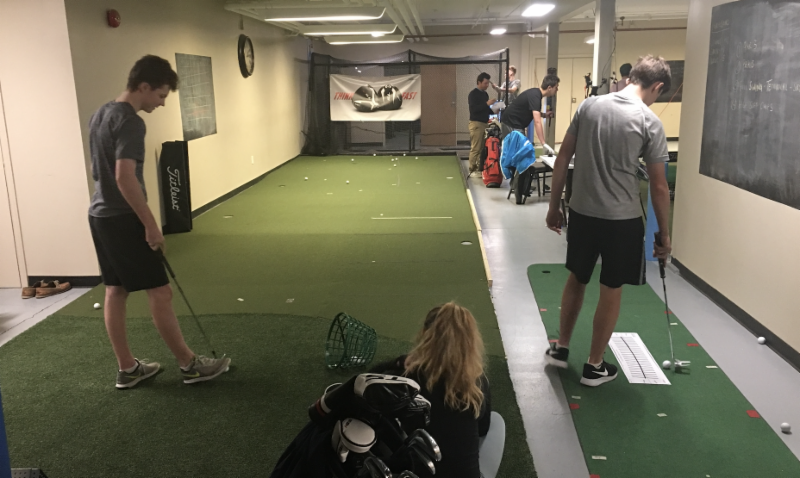 This year’s squad is comprised of three girls (Heather McLean of Ken-Wo, along with Ashburn sisters Haley and Abbey Baker) and eight boys (Ashburn’s Kieran Allain, Jordie Cooper, Jake Smith and Logan Tramble; Andrew Cash of The Lakes; Mark Chandler of Chester; Brett Leblanc of Glen Arbour; and Owen Mullen of Truro).
The purpose of the team is to prepare players to compete at the national level with a goal of having them compete collegiately.

MacDonald is proud of the success of the program to date.

“Since 2013, the majority of players who have graduated through the program – have gone right through – have gone on to play college golf in either the U.S. or Canada,” he says.

He’s especially proud of the girls who have gone through the program, like Chester’s Allison Chandler, as well as sisters Megan and Heather McLean.

“What impresses me most about them is that they are all playing (NCAA) Division 1 college golf and they are all No. 1 or No. 2 players on their team.”

“They’re really contributing, they’re not just there,” he says.

“We have such a small number of girls who play in Nova Scotia, but the ones that do and compete tend to do quite well.”

Golf fans need not look far to see the program is succeeding and producing champions. Last season Heather McLean and former team member Shaun Margeson of Oakfield won both their junior and amateur championships. It’s the first time the same junior girl and boy won both events in the same year.

This team success on the course is the result of a strong team off the course. While MacDonald handles the instruction, Dr. Lori Dithurbide works with the players on the mental side of the game and Dr. Emily Wiggin handles the physical preparation through the TPI program.

Dithurbide is a faculty member at Dalhousie University’s School of Health and Human Performance (Kinesiology) and was a mental performance consultant to Team Canada and the 2016 Rio Olympics.

Wiggin works with the junior team as chiropractor and sport science consultant, and trained under elite medical, fitness and golf professionals in Carlsbad, Calif., to obtain her TPI certification.

With winter officially over, the provincial team will moved outside for outdoor training camps, that began on April 28 at The Links at Brunello.

MacDonald will accompany the team to the NSGA junior provincials in Truro in July, as well as Future Links Atlantics at Mactaquac near Fredericton in July.