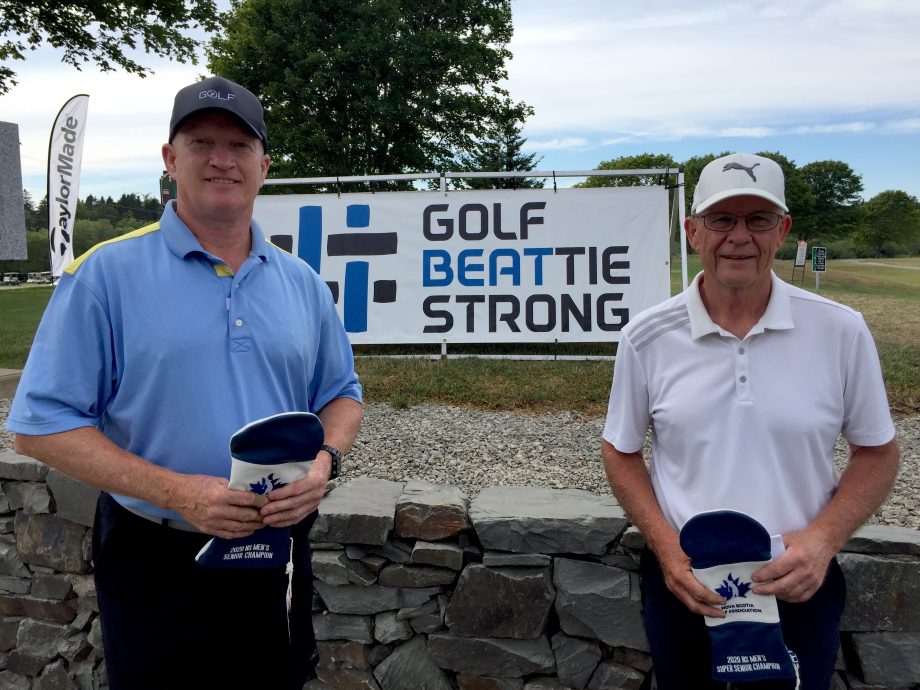 Yorke, a Cape Breton native, carded one double, two bogeys, and 6 birdies to finish the round two-under-par 69. Yorke finished the tournament with a three day total of 73-73-69–215.

The NSGA would like to thank all the Clare Golf & Country Club staff, and volunteers for hosting us, and making this event such a success.

The NSGA would like to thank the Men’s Senior title sponsor #GolfBeattieStrong, in honour of the late Garry Beattie. A long time friend to the NSGA, and President from 2017-2018.

The #GolfBeattieStrong movement was created to raise awareness and funds for the QEII Health Science Centre, and brain cancer research.

Through the annual Brain Cancer Bash, and the #GolfBeatteStrong initiative, Garry has helped to raise over $500,000 for brain cancer research.
To support the QEII Foundation’s Brain Tumour Research Fund, please CLICK HERE.